This lovely village plot called for a design which is neither rural nor urban. Small trees to the opposite side of the street reveal bound a publicly used open space and two really well maintained apartment developments to either side. The very short walk to the village centre where there are numerous pubs, cafes and restaurants, not to mention the very local landmark, the Admiral Rodney, means that this is a vibrant village.

The design proposed is one which;

At ground a pink brick and sandstone boundary wall to complete the existing neighbouring boundary wall, above which is a large area of soft landscaping. The form is terraced up the site reducing in scale as it steps back from the street. Set back from this brick wall eight metres is a single storey elevation in white painted brick, and again set back another single storey elevation in white painted brick above it. Finally the roof is clad in brown zinc which is further set back from any of the previous front elevations and the windows and door openings have all been carefully designed to create a balanced composition.

Externally we took a good deal of inspiration from Butley Hall – a townhouse, across three storeys with a flat roof parapet and strict orthogonal arrangement of windows. This is a pair of handsomely proportioned white painted brick townhouses will add character to a currently derelict gap site in Prestbury. 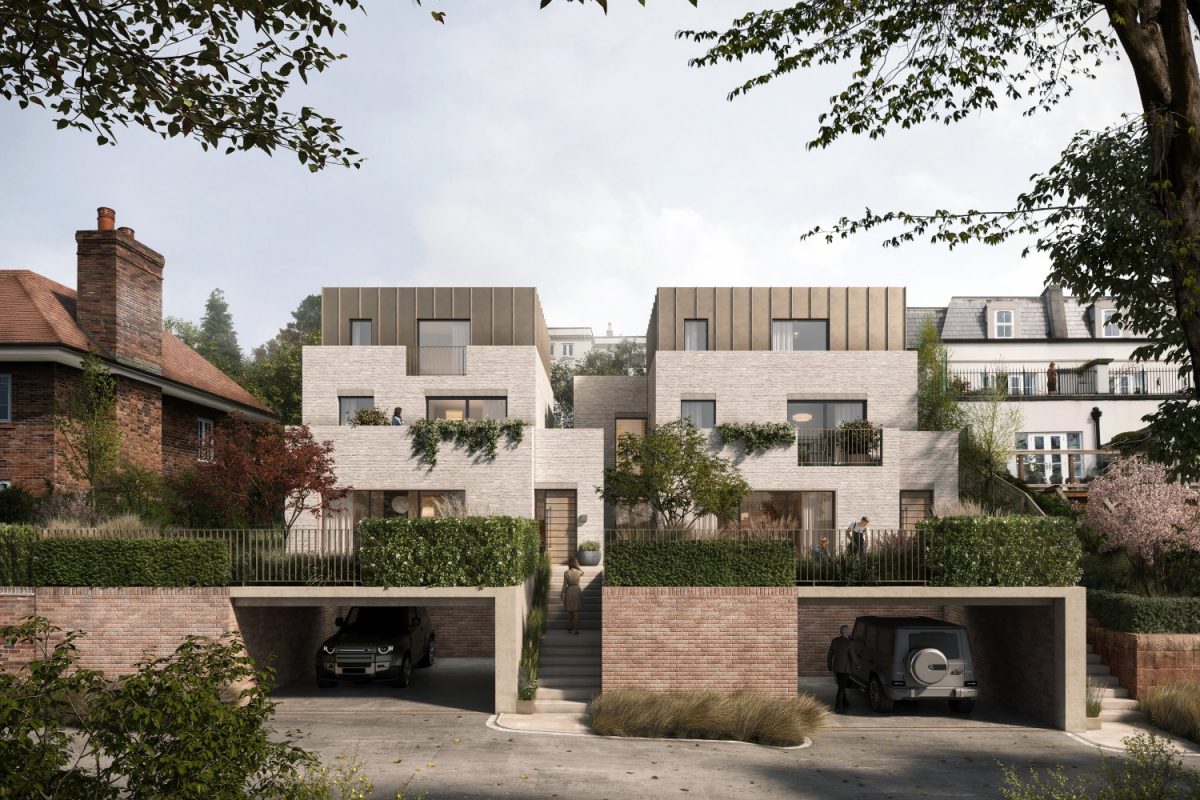 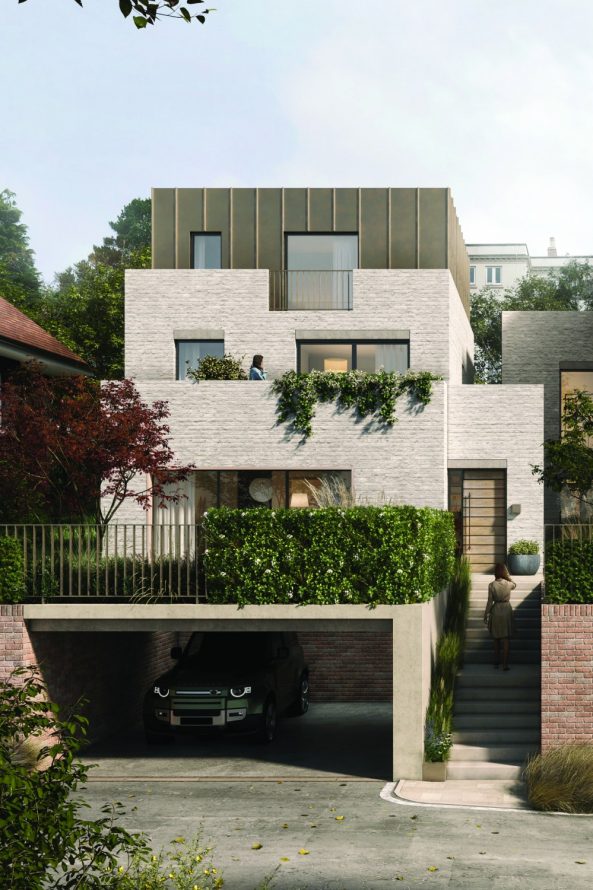 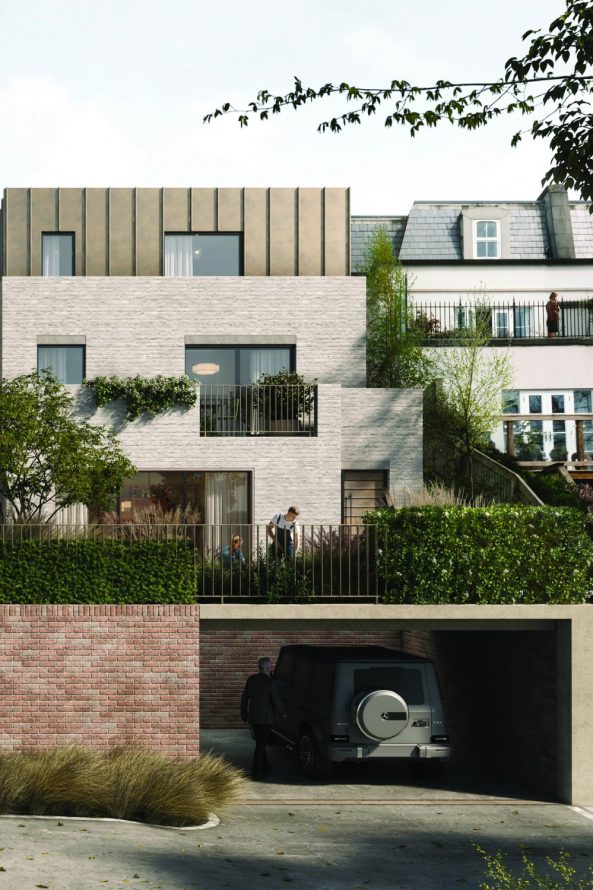 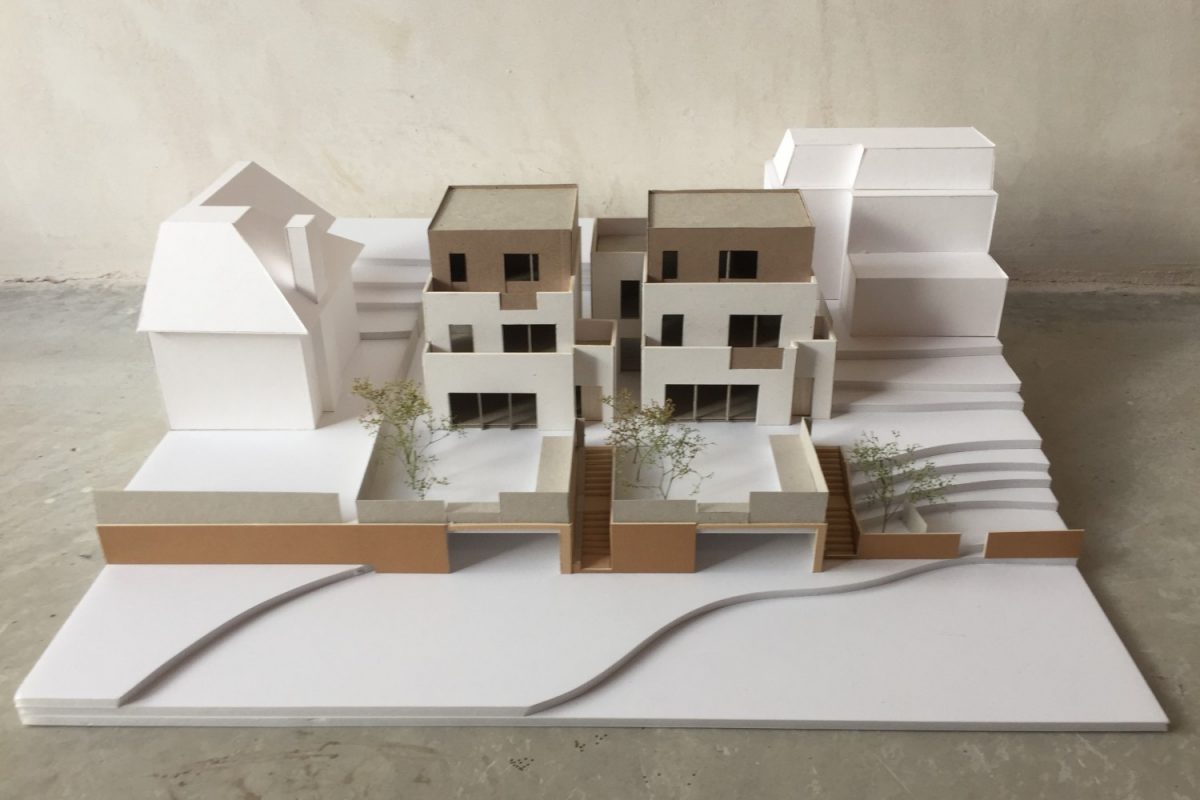 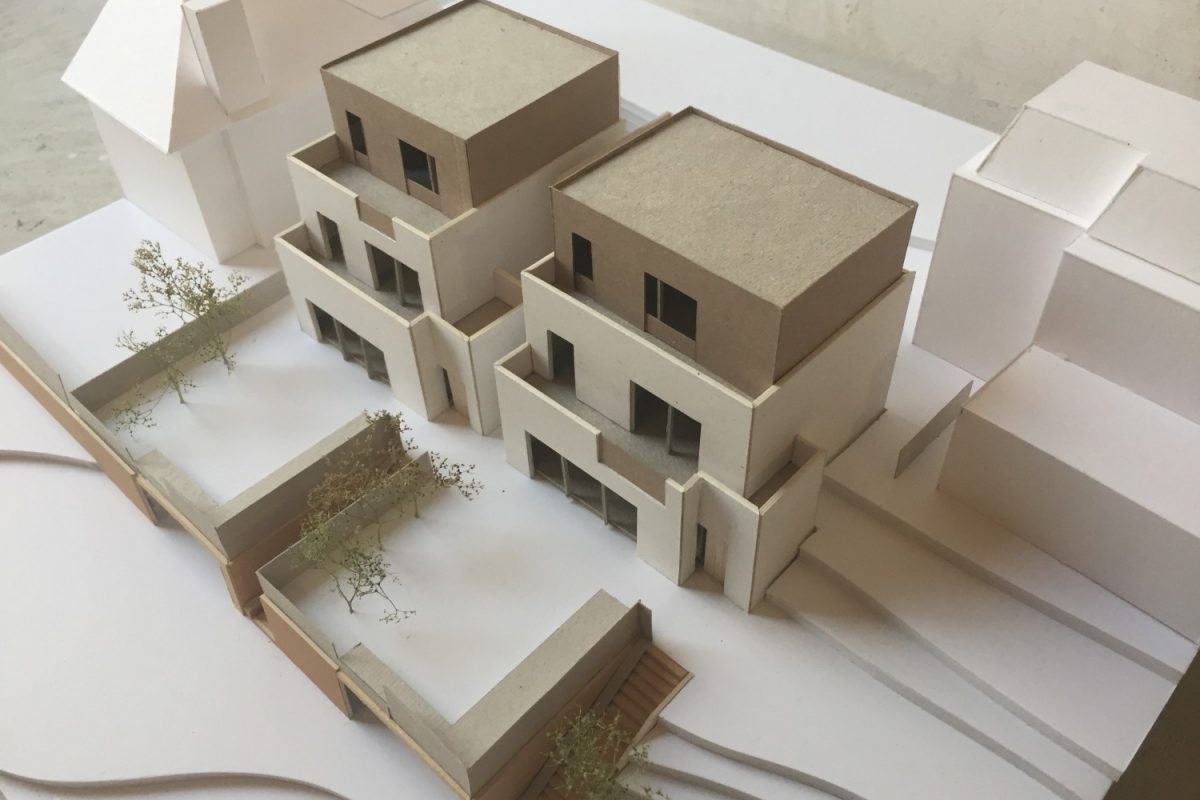 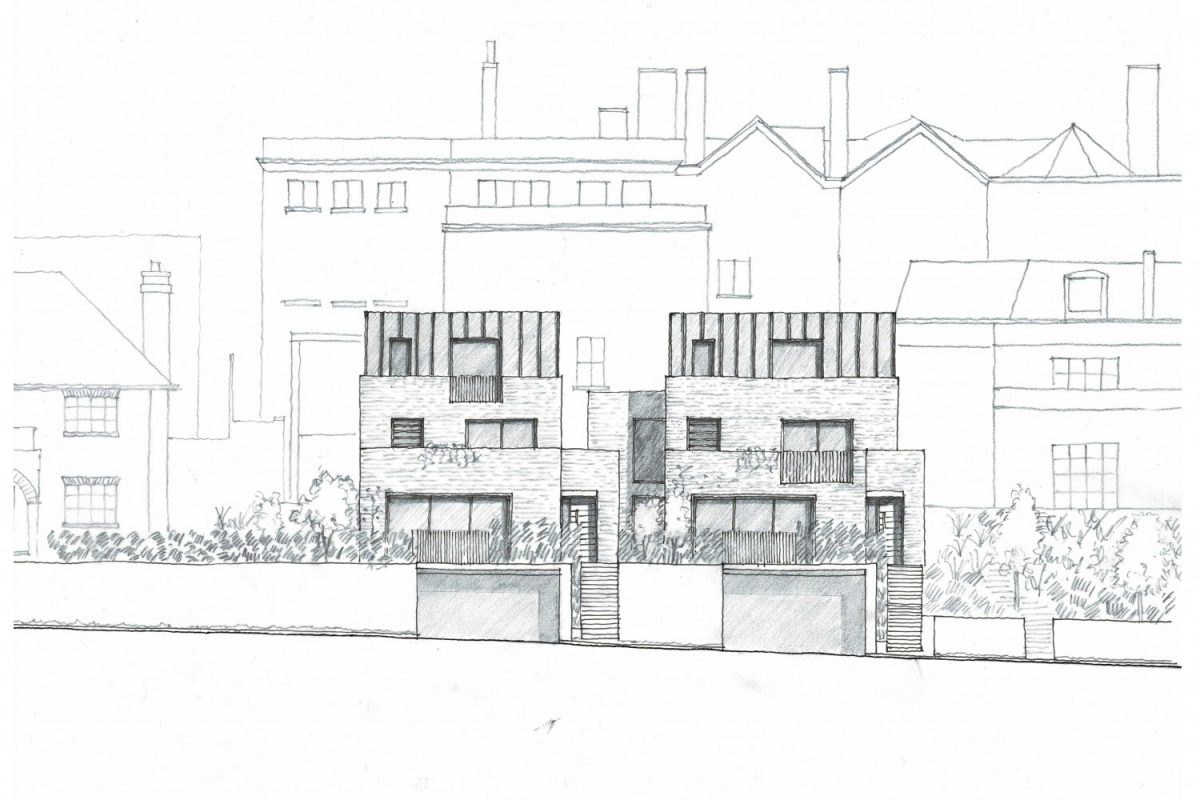 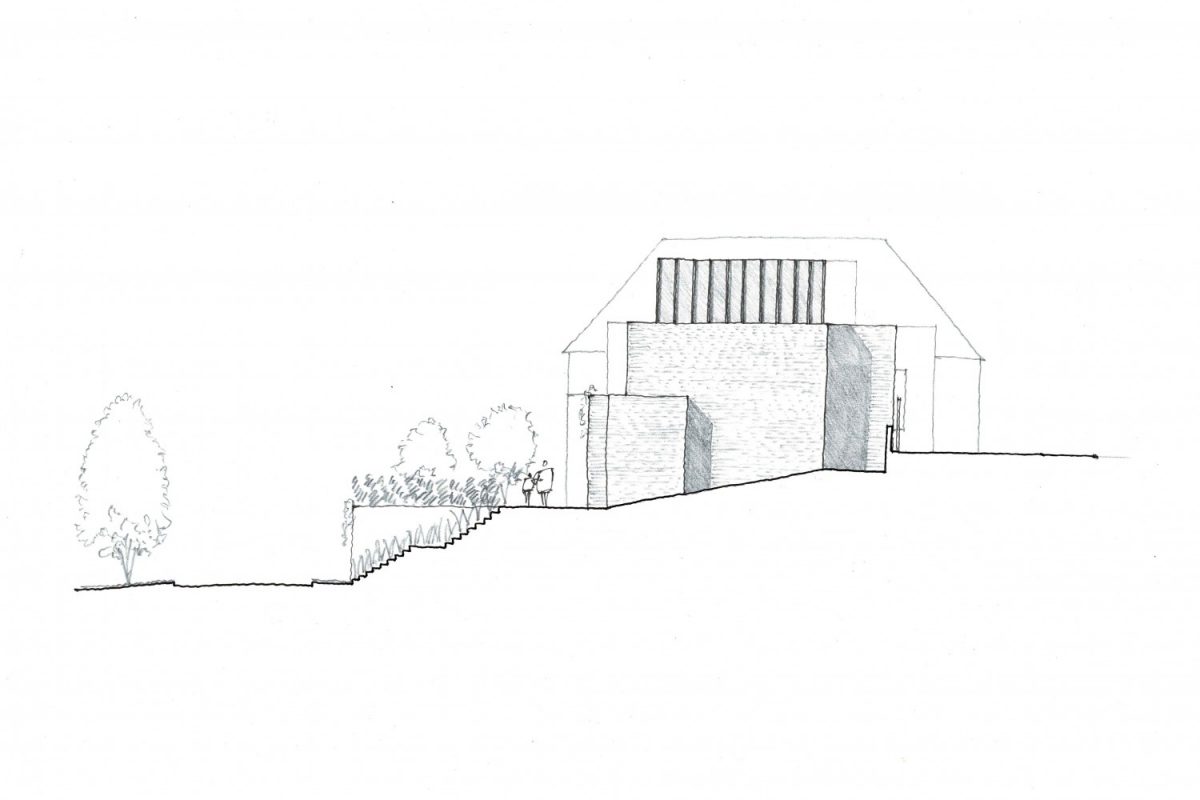